Greeting. Some updates to the research and CV pages.

I just updated my research, teaching, and CV pages. Enjoy.

I’ve been remiss about updating this blog recently. I’ve been in the midst of selling a house, a move to Virginia, and trips to Central America and Uganda. I plan on rectifying the situation over the next year as I begin teaching at the College of William & Mary.

As of now, scaddata.org is live and open for your perusal. My colleague and friend Idean Salehyan, our excellent research team (Christina Case, Chris Linebarger, Emily Stull, and Jennifer Williams) and I have been working for almost two years to develop SCAD: Social Conflict in Africa Data. SCAD is part of the Robert Strauss Center’s Program on Climate Change and African Political Stability.

The Social Conflict in Africa Database (SCAD) is a resource for conducting research and analysis on various forms of social and political unrest in Africa. It includes over 6,000 social conflict events across Africa from 1990 to 2009, including riots, strikes, protests, coups, and communal violence. SCAD does not include civil and interstate conflicts. By tracking forms of conflict not covered in traditional datasets on civil and interstate war, SCAD gives policymakers and researchers new tools to analyze conflict patterns.

If I do say so myself, these data are very, very cool: event data covering the entire continent from 1990-2009, with annual updates and all sorts of goodies to come.

Special thanks for excellent research support, website construction, and georeferencing is due to Ashley Moran, Laura Jones, Kaiba White, and Sarah Williams at UT Austin. This was a monumental (and often thankless) undertaking, and we really appreciate all the work that went in to it.

Tell your friends, tell your enemies.

Recently, I was asked to give a short speech about policy issues relating to my research. I thought I might post those comments here, as they address at least a few of the big issues the global community grapples with these days:

When someone sitting next to me on an airplane asks me what I do, I usually say I study the politics of food.  Food is gloriously universal: we all need it, and, globally, 1 in 3 of us still spends our waking hours planting and/or harvesting it.  Worldwide, most farmers are poor and live in low-income countries, and are thus vulnerable both because of low levels of material wealth and because of the higher levels of social and political violence that characterize poorer countries.  Thankfully, food is also a great tool for peace: from Israel and Palestine to Iraq and South Africa, “peace meals”, which bring together former partisans to conflicts and people from diverse ethnic and religious backgrounds, have become part of the healing process.  The same, simple good cheer and food we share tonight can be part of bringing peace, stability, and hope to troubled places.

END_OF_DOCUMENT_TOKEN_TO_BE_REPLACED

The new website for the CCAPS team is now online. Great work, Ashley and Elizabeth! From our team’s website:
“The Strauss Center’s program on Climate Change and African Political Stability (CCAPS) seeks to better understand the relationship between the growing threat of climate change and the ability of African countries to manage complex emergencies, including humanitarian disasters and violent conflict.  A collaborative research program among four institutions and led by The University of Texas, the CCAPS program aims to provide practical guidance for U.S. policymakers, enrich the current body of scholarly literature, and nurture a future generation of scholars and practitioners.
The program is funded by the U.S. Department of Defense’s Minerva Initiative—a university-based, social science research program focused on areas of strategic importance to national security policy.”

Check it out here.

I’ve gotten a few emails recently from students that are considering taking my IPE class in the fall. International Political Economy is one of my favorite courses. Unlike a lot of the stuff I do related to conflict and development, the IPE course touches on subjects that affect my students’ lives on a daily basis. Here are a couple of responses to the most common questions I get:

1. What are the prerequisites?

PSCI 1040 and PSCI 1050 are the nominal prerequisites for the IPE course. Of course, both are requirements for earning a degree in the state of Texas, so these shouldn’t be a considerable stumbling block to your taking the course.

That said, people who have taken courses in international economics (i.e., trade, finance) or international relations more broadly defined (such as PSCI 3810) will have a leg up at the outset. Not to worry, however: the course is designed so that no previous experience with economics is required.

Lots of folks think math and economics are synonymous. While economics can certainly get technical, this course will be largely free of math. You may have to do some simple multiplication and division.

3. What if I don’t (think I) understand economics?

Don’t worry: I was in your shoes as an undergrad. I didn’t think I was math- or econ-savvy at all. You can do this. And once you do, you’ll find the world a much more interesting/maddening/enlightening/frustrating place because of it.

JOHANNESBURG, Aug 3 (Reuters) – The World Bank has launched a probe into its procedures related to the approval of a $3.75 billion loan to South Africa’s Eskom, but the loan to the power firm is unlikely to be affected.

The bank in April approved the controversial loan — its first for South Africa since the end of apartheid — to fund development of a coal-fired power plant, despite the lack of support from the United States, Netherlands and Britain.

After residents from the northern Limpopo region, where the 4,800 MW Medupi plant will be built, protested that the project posed health and environmental hazards, the bank’s inspection panel recommended that a proper investigation into the allegations be conducted.

This story seems to perfectly encapsulate two of the most thorny issues with aid, development, and climate change:

1. the tradeoff between immediate improvement in standards of living in the developing world through energy infrastructure and the detrimental effects of coal-fired power plants, which are a a major source of atmospheric CO2 and local pollution,

Idean’s and my new paper on rainfall and social conflict on Africa is now available at the Social Science Research Network. In it, we use a new dataset of over 6,000 social conflict events, ranging from peaceful protests to communal conflict and labor unrest, to demonstrate a robust relationship between rainfall patterns and political unrest in Africa. The paper was recently presented at the Climate Change and Security conference in Trondheim, Norway. 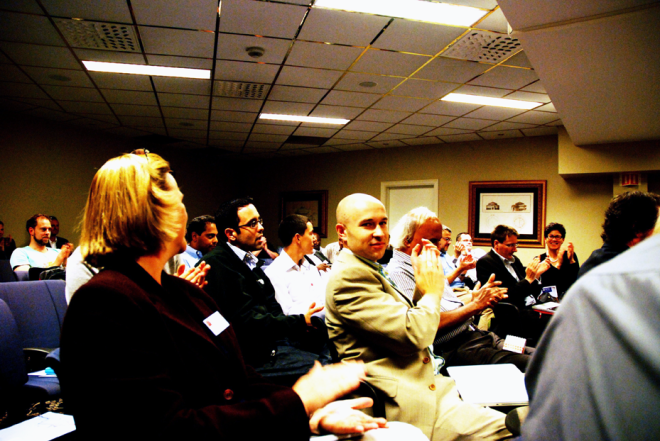 This past week I finished up some revisions to a paper that compares 15 different ways that the concept of state capacity has been operationalized in studies of civil conflict. These 15 measures fit into three broad theoretical categories: military capacity, bureaucratic/administrative capacity, and finally political insitutional coherence and quality. Basically, is state capacity the ability to put boots into the field? The ability to keep records and thus keep track of your citizens? Or is it the degree to which your political institutions reinforce one another (i.e., you’re either a consolidated, participatory democracy or a draconian, North Korea-style police state–but not in between)?

The paper will be posted soon, but here are the quick hits–some of which won’t be surprising, some of which might be:

1. Principal factor analysis (and oldie but a goodie) demonstrates the underlying dimensionality of state capacity is low, with three latent factors explaining over 90 percent of the variance in the 15 measures.

2. The dimensions do not map neatly on to the theoretical groupings: while the first factor, rational legality, captures bureaucratic and administrative capacity, the second, rentier-autocraticness, and third, neopatrimoniality, capture aspects of state capacity that cut across the theoretical categories. Rentier-autocraticness captures reliance on primary commodity exports, high state capture of economic resources (as proxied by taxation and total revenue), and low levels of democracy: this is your classic oil-rich, authoritarian state. Neopatrimoniality combines low extractive capacity with reliance on primary commodities and higher military expenditures–oil rich principalities and resource-rich tinpot dictators.

3. The first two dimensions do a better job of “sorting” the world into groups of states that have experienced civil conflict during the period of study (1984-1999) and those that haven’t. Here is a table from the paper in which I list the top five and bottom five countries, using their average scores for the panel. The countries in italics experienced a civil war/conflict in those years, the others did not:

4. The first dimension gives us a grouping we are pretty familiar with: the typical low-development, low-bureaucratic quality countries we all recognize as weak states. The second dimension gives us a slightly less intuitive (though consistent with Paul Collier’s recent book), nevertheless important grouping: low-revenue democracies.